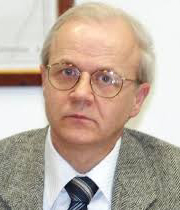 It gives me a great pleasure that I am writing my first President’s Newsletter to provide you a brief update on the latest news from our Society. First, I would like to congratulate the Past-President of MSRM, Professor Antonis Makrigiannakis, for his achievements during his Presidency. So far, the most exciting event of MSRM this year has been the Annual Meeting in Ljubljana, Slovenia from 14 to 16 May. The Meeting was of great scientific merit and the Chairman of the organizing committee, Professor Veljko Vlaisavljievic did the best he could for the success of the Congress.

Several distinguished invited speakers from various countries of Europe, Asia and Africa contributed to the high level of the scientific programme. The Annual Meeting in 2016 will take place in Izmir (Cesme), Turkey from 21 to 23 April and in 2017 in Cairo.

An Executive Committee Meeting took place in Ljubljana. During that Meeting, the structure of MSRM was presented involving the activation of four Special Interest Groups (SIGs), which cover four topics, i.e. Reproductive Endocrinology, Endoscopy, Endometriosis – Endometrium and Embryology. The main task of the SIGs is the organization of the Pre-Congress Courses at the Annual Meeting, although they will also participate in the organization of the Regional Meetings.

Since the aim of MSRM is mainly educational, regional meetings are being organized in different countries. The next regional meeting will take place in Greece (Herakleion, Crete) on 25-27 September 2015, organized by Professor Antonis Makrigiannakis. This meeting has become an established event as taking place every year in September. Other regional meetings will follow in 2016, such as in Montenegro, Italy and Greece (Crete). The Regional Meetings are scientifically focused on special topics and have a particular educational structure.

Other activities of MSRM include the organization of sessions in established International Meetings, increasing thus the visibility of our Society. A few months ago (March 2015), a MSRM session was organized in the World Congress of Human Reproduction in Berlin, with great success as it was very well attended. Future MSRM sessions will be present one in Antalya, Turkey in the context of the 5th Congress of the Society of Reproductive Medicine and Surgery (October 2015) and one in Florence, Italy in the context of the 17th World Congress of Gynaecological Endocrinology (ISGE, March 2016).

Information regarding the activities of our Society can be found on the web site, which, although under reconstruction, is well accessible for breaking news and updates.